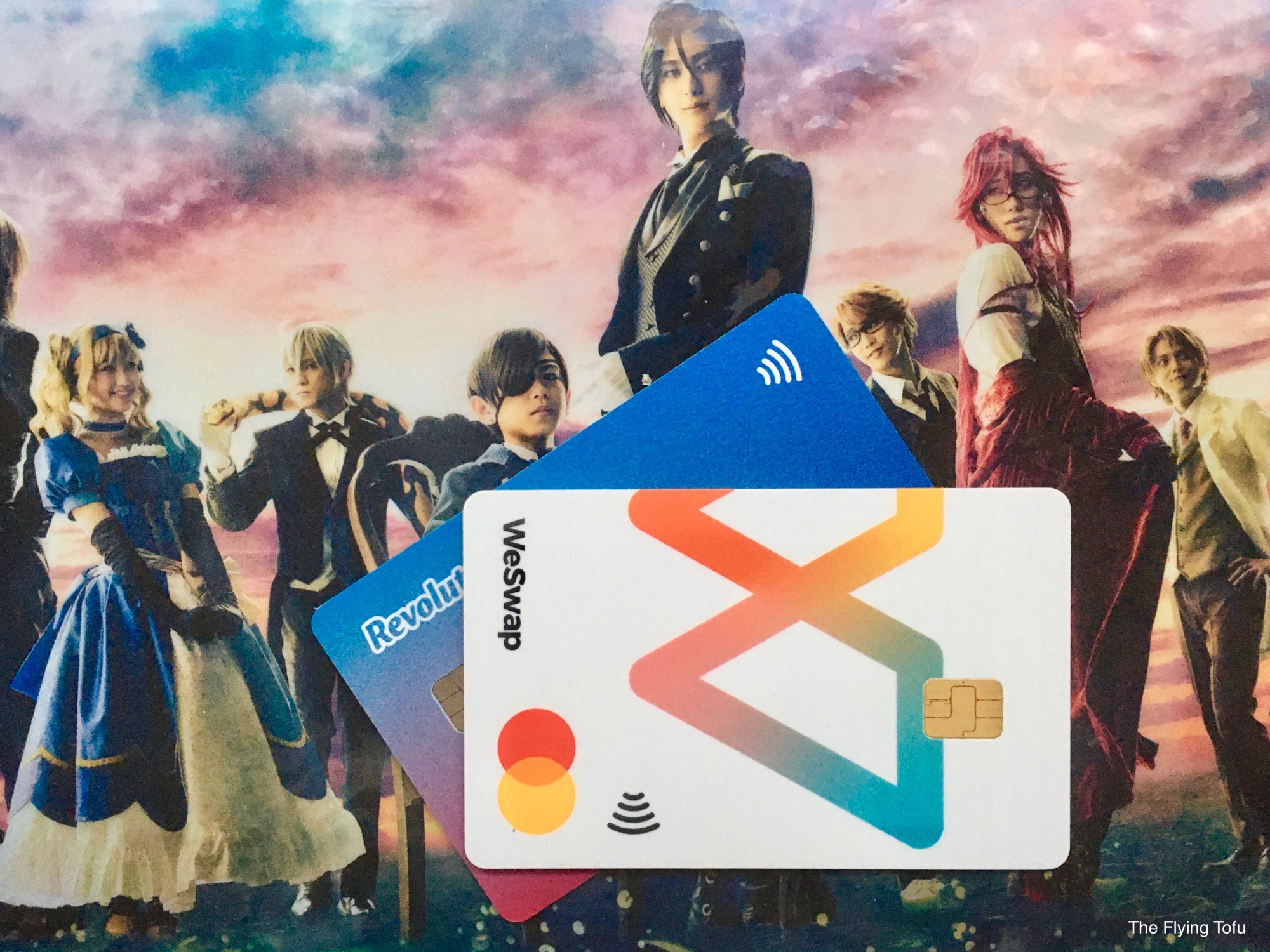 Since about year ago I have been using 2 travel cards solely for the purpose of buying things online / when I’m travelling. The first card is Revolut, the blue and purple card. I like this card more because if you don’t finish using the currency, you can convert it back to your home currency and transfer it back to your bank account. Which I’ve never had a problem in doing so.

I’ve paid using this card in Japanese yen online and in some major shops, mainly at the airport…I also paid using this card for hotels who accept payment on arrival. But, just once…It did something funny. I ordered something online and the payment was pending for a long time, I read that if the merchant doesn’t accept the money in 7 days then the money will be automatically sent back to you. Which it did. And I got worried because I didn’t want people to think I’m a thief considering they already shipped out my order. But after doing research I found out that it’s a common thing since Revolut isn’t like a bank who can hold the money for a month.

The merchant can then charge the same amount again and it will appear in your records as ‘Delayed Transaction’. Which in the end worked out fine as the merchant did that almost a week after I had the funds returned by Revolut. I read that some people still have the reverted funds for 6 months and the merchant didn’t claim it back so they had to make sure the fund are available for when they decide to charge the same amount again.

The 2nd card I have is called WeSwap. The design is cool, it’s vertical with your card details on the back instead of the front. I’ve used it mainly in Europe to pay for food, I’ve also used it once in Okinawa at Naha Airport. Everything is fine with this card but it has 2 major drawback. Which is, currently, once you load money into your account you can’t transfer that money back to your bank account for free, even if it’s already converted back to your home currency. The current website info states that you can get a ‘refund’ by submitting the required info to the email address provided and you’ll get the funds back within a few days minus a £5 fee.

I don’t see why I need to pay £5 to get my own money back into my own bank account. So each time I would be careful to only load as much as I think I need for any purchases and ensure I have enough. Which also brings to point 2…the app does not immediately update the activity history, but it does deduct immediately from the total balance, sometimes it takes a few days for it to update.

For both cards I have never taken cash out with them before. Usually I exchange cash at my local currency exchange booth which they usually offer a good deal and I’ll have cash handy for Japan anyway. I prefer using Revolut over Weswap any day. But it was a good test run. When I can travel safely again I will be using Revolut again…