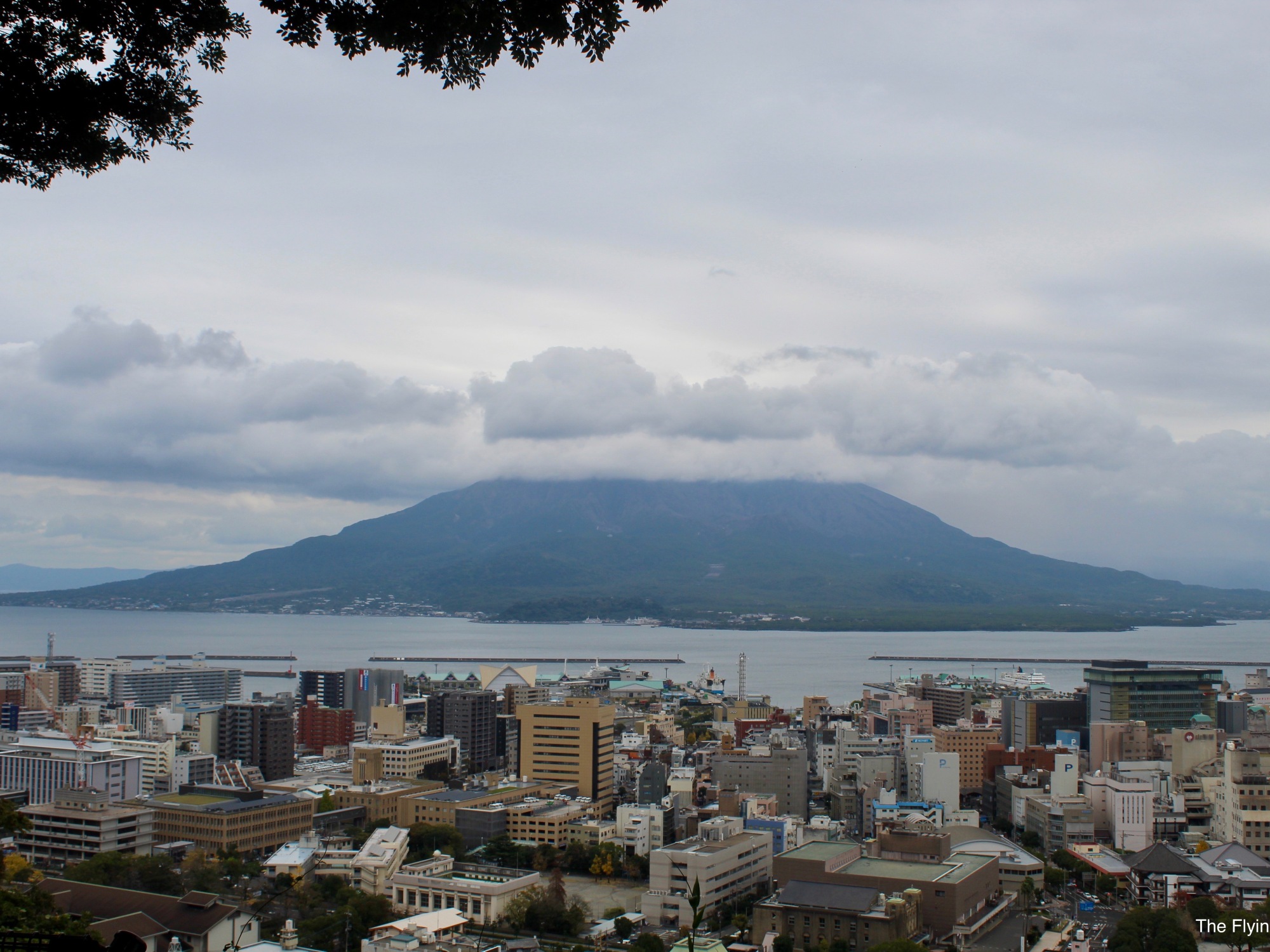 I decided to go up Shiroyama because I wanted to get a good view of Sakurajima. On google it was showing me that I can walk it from Terukuni Shrine and if I took the route through the park I can get to the the Observation deck summit in about 17 mins. No, it didn’t. I realised later that there were a few trekking paths I could take, depending which one I took I would take less or more time. Well, I didn’t know which path to take so I just went with whatever was in front of me! I remember there being a few path works when I visited so it’s best to wear comfy shoes as some paths were a bit rocky or uneven.

I think it took me about 40 mins one way. On the slopes of Shiroyama it carries the history of the final battle of the Satsuma Rebellion. Plus, at the summit deck it is considered one of the best views of the active volcano, Skaurajima. It was unfortunately cloudy, but it was still a very lovely view and worth the hike up! There were many resting areas on the way up, benches and panic tables so it was good when I needed a small break to grab my bottle of water!

4 thoughts on “Chapter 933: Hiking Up Shiroyama to the Observation Deck”