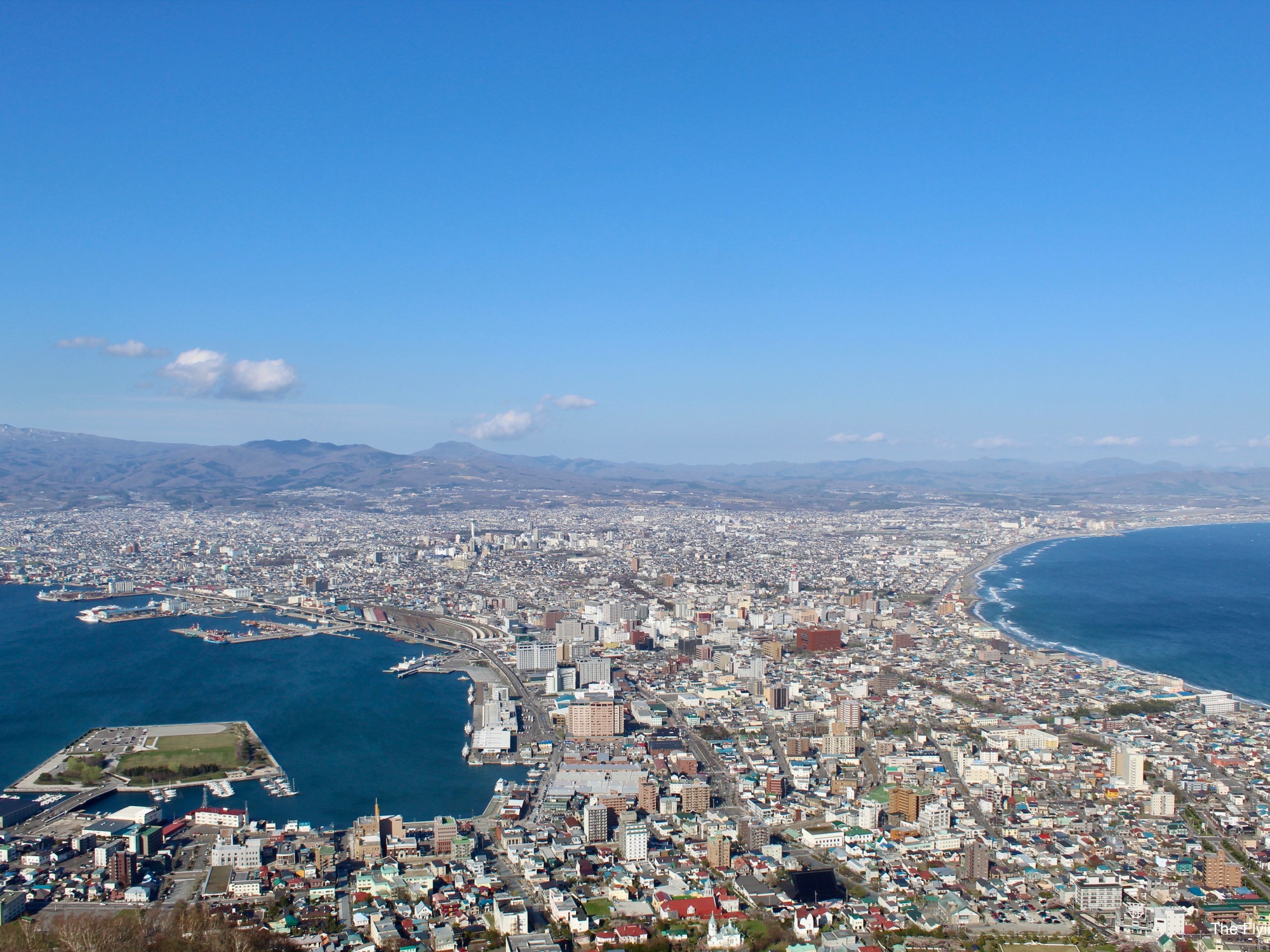 The rival of other famous mountain views such as; Mount Inasa in Nagasaki and Mount Rokko in Kobe. It’s 334 metres high and located at the southern part of the peninsula. Regardless if you’re visiting during the day, evening or night it brings you a spectacular view of the city.

I went during the late afternoon to catch the day view, stayed through until the sunset and the evening. It was good that I got myself up there a bit early because it was bang on golden week and after 5pm…It was so over crowded, I felt like I was going to die. I don’t do very well in crowds so I was thankful that I had made a good decision this time. There are shops, cafes and a restaurant, plenty of seated waiting areas so you can simply kill time.

Going up the ropeway was fun! I love high places where I get a see great views. My hotel gave me a free return ticket for the ropeway so I didn’t have to pay. The usual price is 1500 yen for a return journey or 1000 yen one way. There’s 1 carriage per 15 mins during 10am – 10pm that operates between mid October to late April. There’s also a bus that can be taken from Hakodate station.

The afternoon was great because there weren’t as many people (yet)…When came the sunset…Everyone was jamming themselves on the observation deck. Herds of families, teens, couples, tourists…slowly, slowly, people would shuffle away. You just to have the patience and be mindful of others around you…When the final couple in front of me decided to call it quits, I was then able to grab my moment of glory, to capture a pretty night view of the city lights.

After escaping a wave of people I managed to leave in one piece, it was overall a wonderful experience. If you are in the city you just can’t miss it but, I recommend try avoiding golden week as much as possible.